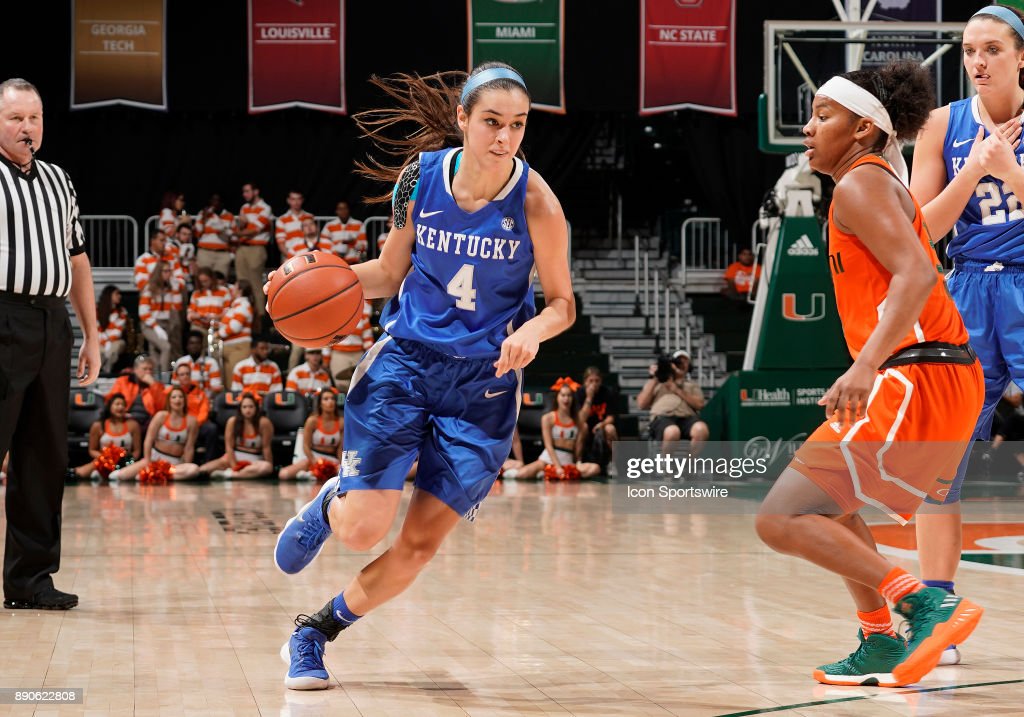 Current UK Women’s basketball Maci Morris is a Pineville, Kentucky native and Bell County High School Alumni who before she stepped foot on campus won the 2015 Kentucky Miss Basketball Award which recognizes the best girls basketball player in the state of Kentucky. Morris is currently having a career year averaging 15.6 points, 1.8 assists and 3.7 rebounds per game. She also ranks 5th in the country in three point field goal percentage and second in the SEC with 46.2%. She recently accomplished a career milestone by scoring her 1,000th point this past Thursday in a 65-48 win over Auburn. She became the 33rd player all-time to score 1,000 points and the 17th Kentuckian to do so. Maci was kind enough to spare a few minutes of her time to talk to me about her career so far at the University of Kentucky.

JS: What does it feel like to not only score 1,000 points but to do it at the University of Kentucky which has such a rich basketball tradition?

MM: It feels great. All credit goes to God and my teammates. My teammates have done a great job since my freshman year having confidence in me making shots. It’s a great feeling though to be apart of the club along with amazing women that have came before me at UK.

JS: This season has been a tough one so far as the team has dealt with various injuries including you yourself. How have you all been able to battle through it to this point in the season?

MM: We’ve just stayed encouraging one another. We all know how frustrating minor set backs can be so we just push each other to and motivate one another to get through them.

JS: You all have a tough stretch of games on the back half of this schedule. How are you all preparing for what could be one of the tougher schedules remaining on either the men’s or women’s side?

MM: Just trying to keep the energy going that we’ve been having in practices and games. Again encouraging one another.

JS: Many have considered you to have been a leader of this program from the moment you stepped on campus. Do you feel any pressure of being a leader?

MM: I feel like any leader feels some type of pressure. I feel more pressure this year especially since in the beginning I wasn’t doing as well a job as I should have been. So there is pressure with trying to get where I need to be as a leader and to where the team is comfortable looking at me in that role.

JS: Much like you I’m from the 13th region (I went to Lynn Camp), how does it feel to represent not only Bell County High School, but a an entire region of Kentucky that is cheering you on every step of the way.

MM: It’s awesome honestly. I love where I’m from. It made me who I am. So to represent it and the people there is a great honor in my eyes. I’m also so thankful for all the support and love that I receive. They don’t know how much it means to me.

JS: When you scored your 1,000th point did you know immediately or did you find out later and what was your reaction?

MM: I kinda knew. Taylor Murray and I had kinda been planning it out. She wanted to be the one who got me my 1,000th point so it worked out.

JS: What was a bigger achievement? Scoring 1,000 points or winning Miss Basketball?

MM: I don’t think I would put one in front of the other.

JS: Next season is your Senior year, have you thought about what you’ll do after next year or do you just take it one day at a time?

MM: I try to just take it one day at a time. What God leads me to do I’ll do because I honestly have no idea.

JS: Excluding scoring 1,000 points what has been the most exciting moment for you so far during your time at Kentucky?

MM: I would say playing last year with a group that everyone counted out and getting to prove people wrong.

JS: What’s your message to young girls who dream of playing basketball whether it be in college or professionally

MM: You must put in the time. You will have to make sacrifices. You have to believe in yourself that you can make it because the reward is well worth it.

As of this past Sunday’s game with LSU, Maci currently sits tied with Debbie Miller for 29th all-time on the scoring list.

A big thank you goes out to Maci Morris and you can cheer her and the rest of the women’s basketball team this Thursday as they travel to take on the 15th ranked Missouri Tigers. You can watch the game on the SEC Network or the Watch ESPN APP.